Cancer. This difficult and complicated disease that has increased its onset of presentation, having affected millions of people worldwide, and it does not discriminates between age, race, religion, sex. It is simply a disease that we all come to live with, and our genetics predispose each one of us of having it active at any moment during our life, specially when we have a family history of this disease.

Oncofertility is a field that bridges fertility with oncology in a way to provide options for cancer survivors and giving them the chance of becoming parents in the future using their own gametes. It is known that treatments for cancer (chemotherapy, radiation and surgery) can destroy completely the gametes of female and males, making them impossible for them to conceive children in their future. And the number of cancer survivors has increased with the onset of new technologies for diagnose and treatment of the disease. For this reason, having an increased number of cancer survivors and their desire of become parents, oncofertility was created as a perfect alternative to preserve gametes for future use.

It is known we do have technologies to cryopreserve human gametes and tissue. They can be frozen for many years and then being used in the future with no harm or possible complications. Every year, thousands of cryopreservations are made, providing patients with the opportunity to use their gametes in the future. 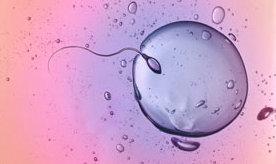 In case of a severe cancer that needs to start an immediate treatment, there are options of tissue cryopreservation. This technique was not possible 10 years ago with confidence. Today, we can use this technique which has provided good results with the later re-implantation of the healthy-thawed-cancer free tissue, and viable eggs can be obtained. If we do have enough time to perform a hormonal stimulation (which requires 10-15 days of hormonal treatment) it is possible to obtain eggs. These can be frozen or embryos can be created by using the partner’s sperm.

Each person signs a consent form to declare in writing what they wish to do with their samples in the case of absence, incapacity to make decisions or death.

Because cancer does not discriminates between age, we do know more than 20% of patients fighting this disease are on their reproductive years, most of them less than 40 years old.

The main problem today is the cost of these treatments. Unfortunately they are not accessible to everyone. The techniques used are in their starting onset and most countries do not provide coverage for cost in the oncofertility field, being this one of the major disadvantages of this area.

Much more needs to be accomplished for patients to receive the right guidance and advice throughout their disease, to know exactly what the right steps are, and the fact that an impulsive response when diagnosed from cancer can alter the course of their future if they do not take the right measures before starting their treatment. Not many oncologists advice their patients about this area of oncofertility, and most of them discover, after having survived their cancer, that their fertility has been severely compromised. Most of them were not informed of the secondary effects of their cancer treatments before they underwent the procedure.

The right time to do something is immediately when the cancer has been diagnosed, not later, not even when the first treatments have started, because it might be too late.

I know this because of the increased number of patients we receive, cancer survivors, wanting to become parents using their own gametes. It has not been an easy task to inform them the fact they can not longer have their own genetic inheritance.

Oncofertility is a reality today, exists for a right purpose and it is to provide cancer patients with the hope of having their descendants safely preserved.