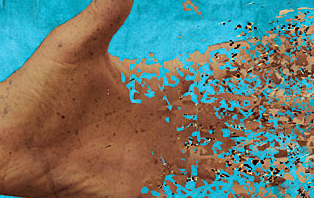 How can we describe energy? Energy is a property that cannot be created or destroyed. It is also a mechanical work or heat in thermodynamic language. However, it is really difficult to describe what is energy in biological systems. 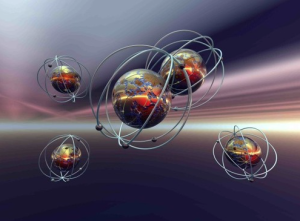 British physicist Lord Kelvin once said: “There is nothing new to be discovered in physics now. All that remains is more and more precise measurement.”

Thermodynamics is mainly a matter of discovering and then using the principles, or laws, that govern energy transformations and working out the relationship between those principles (1).

The First Law of Thermodynamics related heat, work and internal energy. It tells us that energy can neither be created nor destroyed, despite being able to change form; the total energy of a reaction, and indeed of the universe, is constant. The First Law tells us with breathtaking generality that a boundary on the possible is a basic characteristic of our universe (2).

The Second Law of Thermodynamics makes biological processes more interesting, including the Entropy of systems. This is the measure of the order of a system, in a way of describing how molecules are arranged in space, and how these molecules change when the system change temperature, pressure, volume, etc. It is a degree of disorder or randomness. The Second Law of Thermodynamics is a principle, which states that in any cyclic process the entropy will increase or remain the same. In every natural thermodynamic process the sum of the entropies of all participating bodies is increased. So the Second Law says that no natural process can occur unless it is accompanied by an increase in the entropy of the universe. Ultimately every process that occurs in nature is irreversible and unidirectional, with the direction being dictated by the requirement of an overall increase in entropy (3). 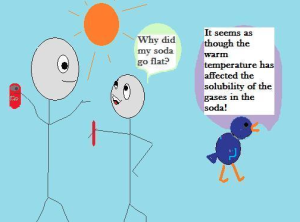 All living organisms are highly non-equilibrium systems. A system will exhibit net change if it is not at equilibrium, even if the rate of change is imperceptible.
If we were to measure the changes occurring in living organisms, it will be a different story, because we are talking about isothermal organisms that do not tolerate temperature changes of more than few degrees. Human biological organisms are more complex. In these situations the use of the Gibb’s free energy is necessary. In biology this metric enables us to predict the direction of spontaneous change of a system under the constraints of constant temperature and pressure. These constraints generally apply to all living organisms (4).

The creation of a human embryo is an irreversible process, and consumes lots of energy that need to be previously stored on its parental gametes (sperm and egg). This process occurs in an environment that needs to be right for certain biological functions to occur. Regardless of when, where, or how life began, it is clear that good internal resource management is important to the life of an organism, whatever it might be.

The parental cells (sperm and egg) need to accomplish a series of steps in order to provide this free energy needed for the fertilization of the egg with the sperm, and create a human embryo. This energy is stored and ready to be used as soon as the union happens. This irreversible reaction can be measured to calculate the amount of energy needed to complete the fertilization in vitro. 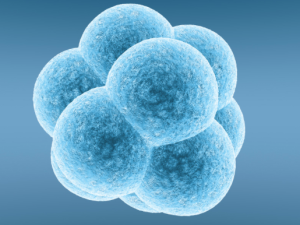 Biological processes occur at a finite rate, and they are mostly (if not all) irreversible. When an embryo is created in vitro, the media used to accomplish this process has been prepared and equilibrated to be adequate for the biological mechanisms to occur. The cell absorbs most of the nutrients needed and they will also provide the energy to support each division at any different stage. As the embryo grows the energy consumption increases because the cell needs to create more cells and is in constant division. This process does not stop once it is started. The energy required will be directly proportional to the number of divisions and cells present in the embryo. This resulting organism will increase its complexity, internal energy and entropy during development. At some point the embryo will require nutrients and energy that cannot be provided in vitro, and a subsequent embryo transfer needs to be done in order to provide the embryo with the required nutrients and energy given by the endometrium (uterus of the woman). The energy will be provided by this external source in order to continue the growth. It is an irreversible process and requires a continuous supply of energy. It will then go to an open system.

Osmosis, diffusion, membrane transport, all play a role during this cell-growth process; this phenomena allow the cell to get all the necessary nutrients to accomplish its work. If a cell is created in an open system (in vivo) there will be a lot more systems functioning at the same time, and measurements and observation will become difficult. Instead, if a cell is created in a closed system (in vitro), it might be more controlled because it is possible to quantify the nutrients needed to be provided, and the way the systems works, as it is possible to observe this complex system closer.

Is it possible for a living organism to be in equilibrium? If it were, it would not be able to do any useful work in thermodynamic terms. There would be no free energy difference between the reactants and products. The organism would die.
Several biological processes occur during the exchange of energy in vitro, but we need to always remember that no living organism is at equilibrium. This applies not only to the organism as a whole but also for each of its cells.

An in vitro biochemical reaction is a closed system, and it will be at a constant change, especially if this system contains a living organism that will eventually end as part of an open system, as is the case of a human embryo created in vitro that will be transferred into the woman uterus to become a baby. 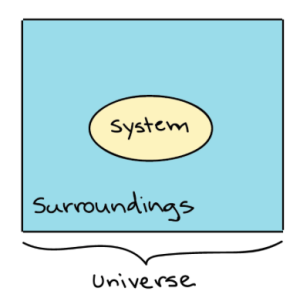 For life to begin a good internal energy resource management is important. In cellular terms, the most successful organisms are the ones that utilize their energy resources most efficiently. Maintenance of cell structure and growth require a huge number of metabolic and synthetic reactions; a range of complex mechanisms is needed to regulate the highly heterogeneous distributions and flows of matter and energy within the cells (5). The information every cell possesses is encoded on their DNA, and this will dictate its organizational plan during its life. Aging and death may be related to changes in the information processing capability of a cell, however some theories assume it is determined by DNA programming. Either way, the biological meaningful information content of a cell declines toward the end of its life, together with the cease of energy exchange.

Much more should be studied in order to understand more of the biologic thermodynamic processes occurring in closed-controlled systems during in vitro fertilization, to help us understand the biological phenomena occurring in vivo. This might provide useful information about the cells that are at a constant division, and the encoded message during the starting of life until the moment of cellular death.