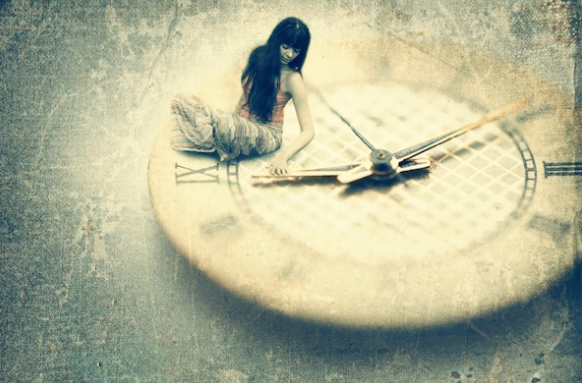 I went through a very rough time a few weeks ago. Was very ill and unable to perform my work properly, reason why I decided to get a few weeks completely off. My illness increased some of my psychological symptoms of claustrophobia, anxiety, obsessive-compulsive disorder and even panic attacks developed as consequence of the awful side effects. It was disastrous. I have never felt so ill before.

During my recovery time I decided it was time for me to get some more help. I went to several doctors, neither of them could help. Acupuncture helped a lot with the migraine and obsessive-compulsive disorder (which has always been very mild anyway). However, the anxiety and sensation of claustrophobia was increasing every day, and I was having panic attacks several times during the day, unable to even leave the house for a moment because I did not want to see people or be outside (I developed agoraphobia).

I had a severe allergic reaction to the toxin Botox, which I had been using for the past 4 years without any complications, until this last time. I was very specific to the doctor (who is a well-known plastic surgeon in Houston), that I am severely claustrophobic, and cannot stand the sensation of being paralyzed. For that reason I just had the injections between my eyebrows and no more. He ended up giving me Botox in several areas of my forehead (between the eyebrows, on top of both eyebrows, between the top area of the nose), completely dismissing my suggestions, then a few days later I developed a huge headache, the worst of my life, a very unpleasant sensation of compression in my  forehead, blurred vision, dizziness and eyelid ptosis in my right eye. It was the worst feeling ever. I literally had those symptoms every day for 6 whole weeks, without any rest, and feeling more miserable every day because the doctor did not want to help and referred me to other doctor who assured me it was a severe reaction to the toxin and I could do nothing but wait for 3 months until the effect wears off. No way I was going to do such thing. I forgot about conventional medicine, who rarely helps, and started with acupuncture, reflexology, sauna and steam and started feeling much better with the headaches. However the claustrophobia was there, really bad and increasing more and more. My anxiety levels rocketed. I was a total wreck. My mind was so blurred that I could not think clearly. But in one of my “clear moments”, it was on a Friday, I decided to contact someone to do a regression for me. I needed to make sure my symptoms were not just caused by the Botox, but also for something else that has been bothering me for years, until now it was time for the volcano to erupt and show of of those symptoms together like a battle of demons fighting inside of me.

I found Melanie Harrell online. Immediately emailed her for an appointment (sure that might have to wait days for it), and less than 20 min later she emailed me back asking if I had the chance to go that same afternoon as she had a cancellation (later she told me cancellations are very rare). There it was, I got the appointment the day I was the most desperate, and went to see her. She had the whole afternoon for me, and she mentioned “the universe wants me to be just with you today for some reason, let’s find out why”.

It is kind of scary when you want something that much, then once you get it the feeling can be overwhelming and scary. Melanie is one of the most pure, honest, open, sweet and understanding persons I have ever met. She heard my whole story with attention and respect, and showed compassion for my suffering with the symptoms of the Botox. She decided to do regression with me to find out about the symptoms, because I had them before in a lower level, but they were there avoiding me to go on cruises, get on elevators, being inside enclosed spaces, go on excursions to caves, and even to get inside the Egyptian pyramids, because the space inside it is too tight. I did not want that anymore.

We started the regression, which is a guided deep meditation state that translates into an opportunity to float out of your body and become a being on a different dimension, enabling you to visit different times were you lived before, without any harm or trauma. You just float and have the most wonderful feeling ever had before. It is very intense and makes you realize how wonderful our energy and souls are. I visited a lifetime that was crucial to understand my symptoms (I will talk about that lifetime in another article). When I came back the feeling was difficult to describe. It was a combination of happiness and frustration. Happiness because I experienced the fact that I lived so many times and had the knowledge to experience life and death. Frustration because during my regression, in the moment I died, I had the most pleasant and rewarding experience of all, pure and absolute joy and love was waiting for me on the other side. It was the feeling of floating outside a body and going somewhere special with special beings. I did not want to come back, it sounds weird specially because it can even be unfair with my love ones in this lifetime, but the feeling of being there was as if finally arrived home. It was frustrating to have to return to this body, in this lifetime, specially a body that was ill.

Once I woke up, everything seemed different. I was fearless, my phobias disappeared and the anxiety that was bothering me for so long was almost gone. I was renewed, changed, and decided to live a better life.

I always wanted to have a regression, specially since I started in this wonderful path of energy and science combined together, but I never though my regression was going to happen during such a difficult time of my life, and it was going to changed me and cure most of my fears and phobias. I could get on a elevator without fear for the first time in years, I could enjoy a ride through tunnels without feeling claustrophobic, I will go on a cruise soon, and I can be on enclosed spaces without feeling breathless. If I knew this I would had done it ages ago! No psychiatric, psychologist or doctor could ever help me with this, Melanie did. 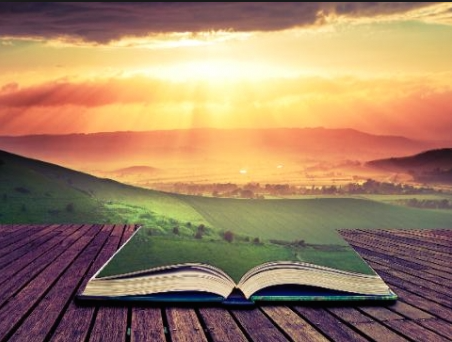 This was my experience and I wanted to share it with you. Because some of you might be now stuck on something difficult to overcome, and it might seem like anything is helping, well let me tell you that hypnosis and a regression can accomplish many things that may seem impossible to you right now. It is worth to try. Melanie also works with Reiki (she is a Reiki master) and combines her sessions with lots of energy healing. Her contact: http://www.melanieharrell.com

If you are located far away from Texas I recommend you to go to Bob Olson’s website http://www.afterlifetv.com/ and he has good recommendations of people dedicated to this type of work.

As for fertility issues, I believe many of the blocks present on patient’s life today may be the cause of unsolved issues in past lives, even on this same lifetime during our first years of life. Once they are addressed and resolved, the blocks will go away forever and we will accomplish whatever we are looking for during this lifetime. As for many other diseases I believe this is also the case. There are so many people being treated by things they do not actually have, causing them side effects and long term damages. Believe me, I have witnessed and experienced it.

My case with Botox was a very good example of looking for a quick fix to a symptom that was bothering me, which was my frequent migraines. I was fixing up the problem for years without looking at the potential side effects and consequences this decision was causing, and kept going on injecting a potent toxin into my body. Suddenly my body reacted to it and wanted it out, but the effects needed to be there for the length of time the Botox last for, which is usually 3-4 months. I learned my lesson and looked for other alternatives, healthy ones, to deal with my symptoms.

In case anyone is interested in knowing how I got rid of most of my Botox, I used electro-acupuncture and microcurrent and my eyes were finally released and most of the forehead relieved. It worked for me, in conjunction with reflexology, sauna and steam, and lots of meditations. As a doctor I would not recommend the use of Botox for migraines, as it can get really worst and cause more symptoms than the ones we had before. It is poison to our bodies and I might have been one of the causes of my failed IVF attempts. I decided to review the results of my patients who have had Botox in the past and underwent IVF treatments, and the results were consistent with my findings that Botox is a toxin that might interfere with the results. Of course more research needs to be done to confirm this. Some patients can develop symptoms, specially psychological symptoms, that will definitely interfere with their performance and balanced energy. What I just experienced with my psychological symptoms it is something I never experienced before, it was a combination of all my demons showing up at the same time. 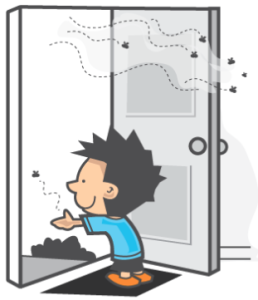 Anyway, it is just my experience with the toxin and I feel compelled to share it.

As for the regression, even if you do not feel the need to have it because you are well, I recommend it and it will be a great ride. You will go back in time, feel it, live it and even smell it. You will then come back a different person, with a renewed experience and a sense of life that did not feel before. For fertility patients it should be on the must to do list, because is a way to resolve issues and you might even get the chance to see your future children’s energies and get messages from them.

To Melanie, I will always be grateful to meet you and to know there are great energy souls like you in this world. We will continue sharing our experiences and findings together from now on.

Dedicated to the •U beings of my dreams.